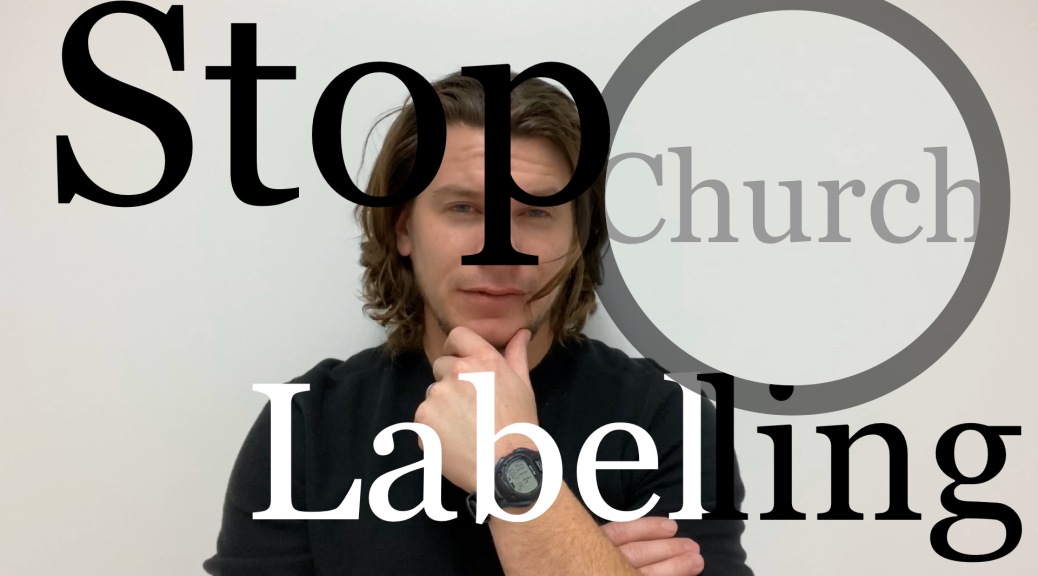 Encouragement to believers labelled by “Labellers”

As I travel through the land of the internet in the work of an Evangelist… I’ve come across some very disturbing insights. There are certain believers within group discussions on Facebook regarding soteriology (“doctrine of salvation”) such as Calvinism and Arminianism which quickly become destructive in nature because of a spiritual condition known as “ego”.

Now… I’m picking on “Calvi’s” and “Armini’s” for the sake of exposing the spiritual issue (ego), if you’re reading this and happen to identify with either of these please know that I’m not telling you ‘it’s wrong to identify as a calvinist or arminianist’. I believe there to be a spiritual discourse between predestination and freewill out of genuine concern for correct teaching on the doctrine of God—based on my observations.

However, it’s come to my attention by associating myself in these two groups—

—That there is also a “label calling” issue. I’m guilty of this as well, but am learning more and more the sin that is involved. An example would be something like this …

Nathan: Richard, that view of scripture classifies you under  __________ and that is where you’re in error, because  __________ is false doctrine and if you continue in that view you’re continuing in unrepentant sin.

And let the arguing begin. This arguing did not occur because of the creation of the group, it’s an issue of the heart… a condition of sin that needs looking into because it’s a cancer that influences the mind, “ego”. We need to stop doing this, there is a wise and constructive way to handle our language to edify the Body of Christ (individual members of the same faith in Jesus).

I pray this message finds you well and with peace. If you happen to be a part of the two group discussions listed above (on Facebook), please don’t leave the group… on the contrary, join the group and love on people with the example of Jesus Christ. And if you’re just learning about these groups, I encourage you to join in on the discussions.

If the environment to the discussion groups you’re part of is too toxic, then I encourage you to join this group Soteriology | Salvational Engineering! And if you’re young or old in the christian faith, even of a different faith, or don’t have a faith , you’re invited to that group! Let’s discuss and debate our belief systems in a healthy constructive manner.

One thought on “labelled by “labellers””