Now that you’ve punched me in the face, and hopefully discovered a new perspective apart from the carnal. The next process in gaining knowledge for understanding that spiritual perspective of truth is the practical use of such wisdom—by restraining yourself from punching anyone else in the face. I say that jokingly, but in our day and age of intelligence the carnal perspective is cut to quick about the subtlest things which invokes all sorts of emotional instabilities and chaos to resolve what then becomes worse and worse. The solution is a spiritual intellect.

As a reminder from my previous post linked above, the Word of God is sharper than any two-edged sword; that sword of the Holy Spirit is experienced upon listening and or reading scriptural texts; the sword pierces through soul and spirit, of both joints and marrow, even able to judge the thoughts and intentions of the heart. But why the heart, and not the intellect? Because the life blood encompasses the heart of the entire body (temple of the Holy Spirit) that indwells within, and mankind has received the blood transfusion of Jesus Christ for redemption. That blood is mankind’s justification for righteousness gifted at the cross where Jesus took the wrath on our behalf.

However, the natural instinct to the carnal mind is to save him or hers’ own soul as if I or you had the power to do so, and that is—in my opinion—the greatest scheme of the devil, “Save your own skin.” Save it from what, or who, exactly?

The carnal mind becomes it’s own worst enemy because it’s also the enemy to the Spirit of God. That sword of God’s word is judging our motives. And I don’t think I can stress that enough as someone who related to the carnal perspective (only); the war between the carnal mind and spiritual mind is surreal.

I hate my carnal way of thinking because of the sin that means to seduce me into the lake of fire. I mean, writing that, let alone reading it—the lake of fire—is felt. Anyone with a conscience experiences the certainty of that truth, but the carnal intellect reacts in fear because it knows this truth, and that’s also why it must die. The carnal intellect will deceive at all costs for survival to godship, not repentance, but to be “God”. And no person understanding that, suppressing the truth it’s of, will survive the judgement, because they chose to save their life (carnal intellect) rather than lose it.

For what good will it do a person if he gains the whole world, but forfeits his soul? Or what will a person give in exchange for his soul?—Matthew 16:26

“Oh but the world is so presently intoxicating and addictive by what cannot be changed. Why not enjoy it?” The carnal man continues… “It’s not intoxicating or addictive…it’s reality! Pass me another ‘virgin’ (opportunity)!” Only to meet the inevitable—unrecognizable—consequence by what appears as freedom to reality. Don’t believe that mindset, it’s a lie straight from the pit of darkness masquerading as light. And that way of thinking is what it means to be carnal (fleshly) minded only.

There may be some—or many, even—that think in terms of social science as though justified by it, “Society agrees that murder is unjust warranting judgment, as long as it’s not discriminatory.” Yah, I won’t even wish “good luck with that” it’s so contradictory. It’s also weak when weighing to measure that system of justice with the value of life, or death even, rather. Because if a criminal like Adolf Hitler, Ted Bundy, David Koresh, Jim Jones, and the list goes on and on with “life” (death) sentences in prison up 1000+ years…

I might be wrong to ask, but how can anyone think that a death sentience is a means for solace? Do the research on the most prolific serial killers and see for yourselves the amount of uncounted victims to families without solace, and dare I say that if anyone blame God for such evil they’re worse off than the serial killers.

It’s a stark reality when falling into the hands of the living God! 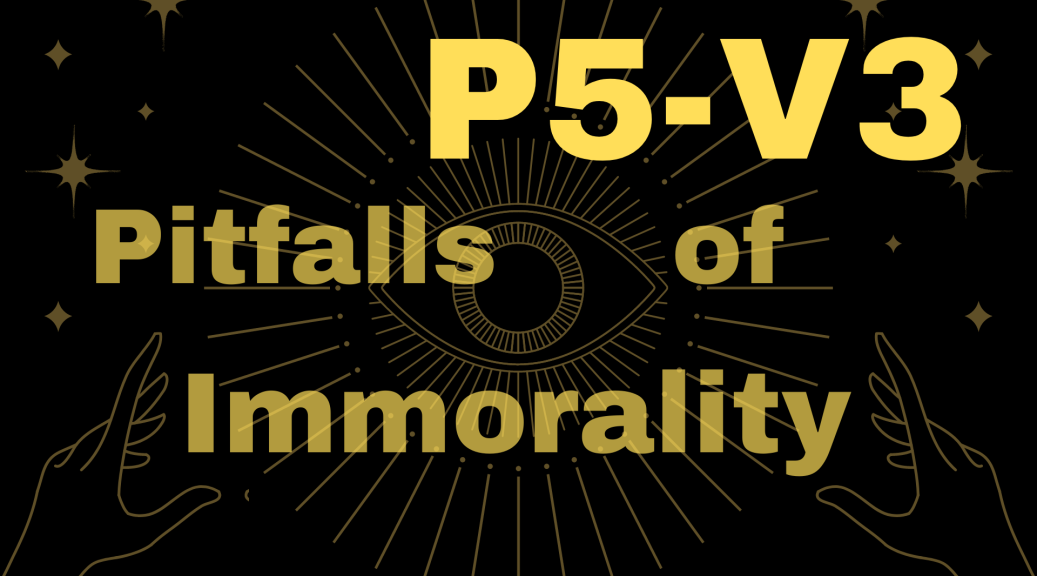 2 That you may observe discretion
And your lips may reserve knowledge.
3 For the lips of an adulteress drip honey
And smoother than oil is her speech;
4 But in the end she is bitter as wormwood,
Sharp as a two-edged sword.

Seductress is an opposing force to the marriage covenant made between a man and woman. The covenant of marriage is a gift given by God (Gen 2:22-25). However, if our hearts lust after flesh even when married, for example… Solomon, according to the scripture presented below… then like Solomon, we’re in danger of doing evil.

I think it’s fair to assume that Seductress oppresses everyone with a sexual appetite, but how to resist the condition of lust that overtakes us when that appetite is raging — that’s the question isn’t it? I mean, our commentator seemed to express as much:

Those that are entangled in this sin should be reminded that there is but a step between them and hell, and that they are ready to drop into it.

Thankfully, by God’s grace, our ability to resist Seductress is made possible by faith in the Spirit of God within. At least, from my experience; I can testify to how the relationship between my faith in God and work of the Holy Spirit effectively causes Seductress to move out of my soul.

Now that does not mean that Seductress will not tempt by what pleasure I’ve experienced in sin, after all, it’s her nature to tempt. I think of her as the apostle John describes (Rev 17:4), and if my relationship with God be true… then there is no room for two; I will not compromise my soul with thinking I can have God and sexual immorality too. And the fact of my writing turning into a rhythm and rhyme, like a melody, should cause pause… because it’s not fine.

Whenever the soul embraces compromise for what is thought to be impossible to resist because of our nature to sin, we’re in danger to believing in vain, and stepping into hell.

Pitfalls of Immorality Proverbs 5:1 I die devotional. 27 Do not…

Pitfalls of Immorality Proverbs 5:2 I die devotional. 1 My son, give…

Nathan Psychology and The War Against Lust

When reading, “…the lips of an adulteress drip honey…”, two…

Matthew Henry (P5-V3) Commentary
1. That we do not listen to the charms of this sin. It is true the lips of a strange woman drop as a honey-comb (v. 3); the pleasures of fleshly lust are very tempting (like the wine that gives its colour in the cup and moves itself aright); its mouth, the kisses of its mouth, the words of its mouth, are smoother than oil, that the poisonous pill may go down glibly and there may be no suspicion of harm in it. But consider, 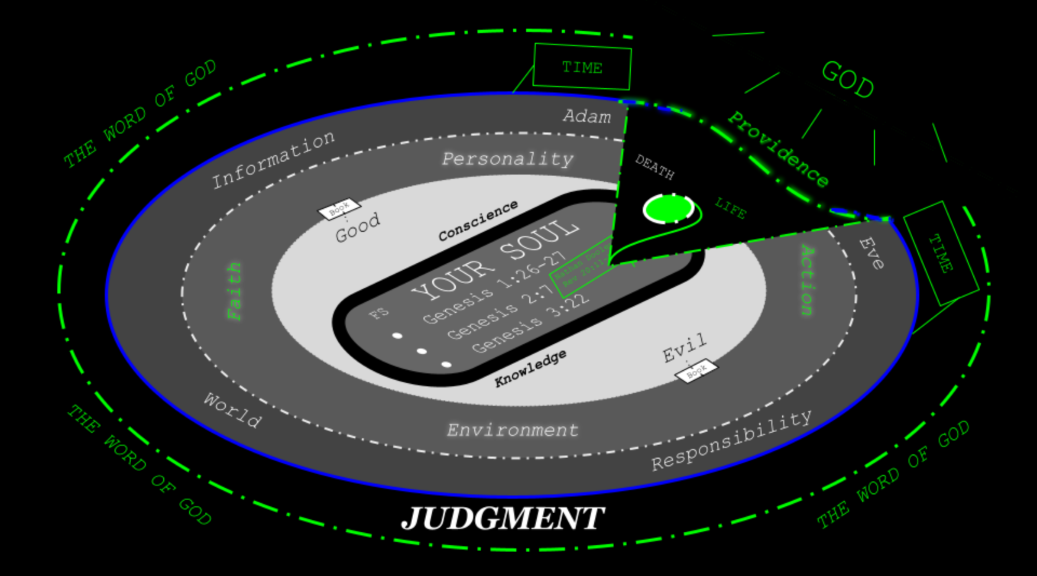 If you are a person who believes in right and wrong, and the just consequence for wrong behavior as well as the just reward for right behavior… then you might believe in God. But regardless of your position on the matter of religion or relationship with God, the reality is that we suffer experience to injustice.

From my experience, I feel pain—and those respected emotions that map it out (fear, sadness, worry, anger, ect. etc.)—when something ‘wrong’ happens as well as feel euphoric when something ‘right’ happens or is happening. To deny my experience of these truths that accompany right and wrong circumstance is to deny the sanity of my writing… yes, writing… because that is what my soul is doing. It’s writing every detail of action, thought, and experience.

My soul is innocent at this endeavor to document every detail about my share in this life; whether in the bed of a hospital due to cancer or the beds of many mansions around the world due to wealth, everything is recorded and bears the weight of meaning; the measure of value to our purpose on earth is of eternal significance.

How I conduct myself in respect of righteousness even in the most unfortunate of circumstances seems so blatantly obvious to signify something beyond this brief time on earth… yet in review of my past to present choices would be found guilty to unrighteousness and wonder what justice means beyond the grave.

So here I am, wondering, and if you by chance… chance, providence, happen to read my previous post, then you’ll remember the Doc’s document—Essay_Writing_Guide.

The document is a framework of innocence, as innocence represents the soul or conscience guiding what is written about me in a manner worthy of the truth that holds me accountable to the source of innocence, but what happens when I decide to accept a different offer from a false source representing what I know to be the truth? I think the answer that I’ve experienced when accepting the lie, is a debt that I cannot pay.

So what is immoral about the following document?

DISCLAIMER:
Nathan Psychology: The study of oneself for righteous behavior, and my written perspective on the experiential process of edification to sanctification; what does it mean to be born of God, overcome the world, and be made new through faith in believing Jesus Christ is the way to my salvation? I’m discovering answers through spiritual discipline—

Join 137 other subscribers
Follow Time For Providence on WordPress.com