There was a time… a time when I transitioned from a site supervising security officer to an engineer of a 14-story class double “AA” office tower that required knowledge around high end M&E (Mechanical and Electrical) equipment to manage through SCADA systems alongside my chief engineer. These machines were the power of the Tower, everything was programmed to turn on and off at specific times: lights on, air moving, water flowing, and doors secure.

The environment was damn near perfect for any and all the fortune 500 companies. A fortress of success and cutting edge technology… What could go wrong? As long as the condition was perfect my job was humbly making keys, eliminating odors from p-traps, painting, changing ceiling tiles, etc. And it was during that time as an engineer I became inspired by an idea. I decided to start a ministry called “Salvational Engineering” where I would pick up trash around our little place in the hood.

The idea was to prune the ministry by hitting every neighboring’ hood encompassed around mine—and you wouldn’t believe some of the things I found as trash, or actually… you just might!

So while that was in the making, a friend of mine invited me to help him on a move. I thought it was just me helping a friend; I tried to refuse payment, but he insisted on paying me for the hard work. And it was HARD work! Moving is no joke!

Then the friend called me again for a move, then again, again, and again. As this became something of a normal thing I saw the potential my friend had to do something about this moving thing and planted the idea of him starting a moving company; to which if he did, I’d be his right hand. Next thing I know we’re free falling, quitting our careers to pursue this entrepreneurial thing; it was grind time, everything changed! Salvational Engineering quickly faded into the background and eventually was set aside for an unexpected future resurrection.

At this junction the risk became surreal when my friend and I didn’t get that expected direct deposit into our accounts. We had to get side jobs to stay afloat: stained fences, landscaped – from planting flowers to cutting down trees – and then beating up rich people… ask Fred! (I’m joking). The business grew and grew, beyond our expectations, it was amazing to see how God took care of us at every turn, overcoming every obstacle. My wife was able to quit her job for us to focus on making them babies, but then… guess what happened! I’d later get terminated due to a story for another time…

I know, the suspense will kill but long story short; we’d worked out our problem with another christian brother because after all we’re members of the same body in Christ. I was invited to come back as part of the Swan Moving Services team but had decided that continuing on that journey wasn’t worth the potential destruction of our friendship.

The principle that was crucial for me to understand before anything and everything else was that as believers I belonged to Christ before the business, relationship, and especially my own soul! I am going to teach you what that means and how to meet that principle as the story continues. Remember the machines that keep the power in the Tower; we function like machines, and the power in our “Tower’s” is the Spirit of God if the Spirit of Christ dwells in us (Romans 8).

“Do not become teachers in large numbers, my brothers, since you know that we who are teachers will incur a stricter judgment.”

I have a responsibility, especially in the trouble of today, to be humble before the Holy Spirit as He helps me navigate from the sin of past experiences to the discipline of our heavenly Father. I have believed and am believing with enduring faith in trials and temptations of this present evil age, humbled to suffer in the name of Jesus Christ as a son of God. Discipline hurts but produces the trait of humility and fruit of righteousness which is of heavenly value through Jesus Christ exalted as head over all.

So there I was, free to do whatever again…

…TO SECURITY TO ENGINEERING TO ENTREPRENEUR TO…

So there I was, without a job and free to do whatever again… I thought about seeing if my old position in the Public Services department (City of Richardson) as a … END_OF_DOCUMENT_TOKEN_TO_BE_REPLACED 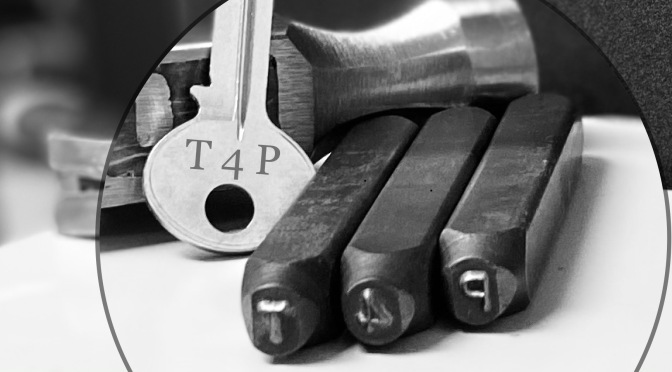 17 Iron sharpens iron, So one man sharpens another. 18 He who tends the fig tree will eat its fruit, And he who cares for his master will be honored. 19 As in water face reflects face, So the heart of man reflects man.

I think it has nearly been more than a few years since I was a maintenance engineer of a German company by the name of Gaedeke at a 14-story class double AA office building close to Frisco Tx before leaving to help a friend startup a moving company that will hopefully succeed to achieve the million dollar status projection and then go beyond, but I won’t forget the iron tools used to give keys their identity for a possessor. I was the… “keymaster”! Well it felt that way after watching “The Matrix Reloaded” representing the cause of Neo to save Zion! That was my ambition, to save people from corporations that suck the life blood out of capitalism, but I’d missed the mark by a long shot considering I was engineer to help maintain its present course. That’s time past, my trajectory has changed, or … it’s simply dissolving … expanding rather, in the heat as the iron that represents my soul is forged into a sword that belongs to Christ my Lord.

Hammering keys into their identity wasn’t all I did, but believe it or not, it was what I enjoyed the most as an engineer. It was during that time that I was inspired to organize what I called… “Salvational Engineering”.

I would pick up trash around my neighborhood with a neon orange or green long sleeve shirt that had “Numbers 21:6-9” and “John 3:12-15” painted on them. And now as I write this devotional out, I especially enjoyed punching those keys into their identity because symbolically that is exactly what Christ is doing with those that believe in the testimony of His Name. As we believers come together to converse the kingdom of God on earth until Jesus come, the Word of God sharpens us into the tool of salvation. A key that proclaims the name of Jesus Christ and the gospel.

But see, the thing is, it takes what feels like an eternity to make a tool perfect for it purpose. “Why is that?” I think to myself. Well, from my experience it’s because I didn’t start out as a tool in the kingdom of God, but was born as tool of sin that is separated from God until… yes until I decided for myself that I would read the gospel without an indoctrinated view, but purely from a heart willing to believe, and as long as I’m separated from God the pain of death is no more than a tool forged to serve its purpose. Jesus holds the keys!

Rev 1:17 When I saw Him, I fell at His feet like a dead man. And He placed His right hand on me, saying, “Do not be afraid; I am the first and the last, 18 and the living One; and I was dead, and behold, I am alive forevermore, and I have the keys of death and of Hades. 19 Therefore write the things which you have seen, and the things which are, and the things which will take place after these things.

We are now alive to a purpose like that of salvational engineers, ever being trained as blacksmiths to sharpen each other into the Word of God by the name of Jesus Christ. Use us Lord, please. In your name, Jesus. Amen.

Proverbs 27(NASB)—blueletterbible
1 Do not boast about tomorrow, For you do not know what a day may bring forth. 2 Let another praise you, and not your own mouth; A stranger, and not your own lips. 3 A stone is heavy and the sand weighty, But the provocation of a fool is heavier than both of them. 4 Wrath is fierce and anger is a flood, But who can stand before jealousy? 5 Better is open rebuke Than love that is concealed. 6 Faithful are the wounds of a friend, But deceitful are the kisses of an enemy. 7 A sated man loathes honey, But to a famished man any bitter thing is sweet. 8 Like a bird that wanders from her nest, So is a man who wanders from his home. 9 Oil and perfume make the heart glad, So a man’s counsel is sweet to his friend. 10 Do not forsake your own friend or your father’s friend, And do not go to your brother’s house in the day of your calamity; Better is a neighbor who is near than a brother far away. 11 Be wise, my son, and make my heart glad, That I may reply to him who reproaches me. 12 A prudent man sees evil and hides himself, The naïve proceed and pay the penalty. 13 Take his garment when he becomes surety for a stranger; And for an adulterous woman hold him in pledge. 14 He who blesses his friend with a loud voice early in the morning, It will be reckoned a curse to him. 15 A constant dripping on a day of steady rain And a contentious woman are alike; 16 He who would restrain her restrains the wind, And grasps oil with his right hand. 17 Iron sharpens iron, So one man sharpens another. 18 He who tends the fig tree will eat its fruit, And he who cares for his master will be honored. 19 As in water face reflects face, So the heart of man reflects man. 20 Sheol and Abaddon are never satisfied, Nor are the eyes of man ever satisfied. 21 The crucible is for silver and the furnace for gold, And each is tested by the praise accorded him. 22 Though you pound a fool in a mortar with a pestle along with crushed grain, Yet his foolishness will not depart from him. 23 Know well the condition of your flocks, And pay attention to your herds; 24 For riches are not forever, Nor does a crown endure to all generations. 25 When the grass disappears, the new growth is seen, And the herbs of the mountains are gathered in, 26 The lambs will be for your clothing, And the goats will bring the price of a field, 27 And there will be goats’ milk enough for your food, For the food of your household, And sustenance for your maidens.

Join 136 other followers
Follow Time For Providence on WordPress.com